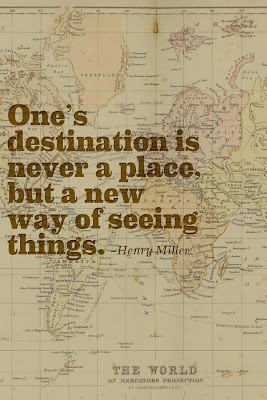 Exchange is realizing that everything they told you beforehand is wrong, but also right in a way.

Exchange is going from thinking you know who you are, to having no idea who you are anymore to being someone new. But not entirely new. You are still the person you were before but you jumped into that ice cold lake. You know how it feels like to be on your own. Away from home, with no one you really know. And you find out that you can actually do it.

Exchange is learning to trust. Trust people, who, at first, are only names on a piece of paper, trust that they want the best for you, that they care. Trust, that you have the strength to endure a year on your own, endure a year of being apart from everything that mattered to you before. Trust that you will have friends. Trust that everything’s going to be alright. And it is seeing this trust being justified.

Exchange is thinking. All the time. About everything. Thinking about those strange costumes, the strange food, the strange language. About why you’re here and not back home. About what it’s going to be like once you come back home. How that boy is going to react when you see him again. About who’s hanging out where this weekend. At first who’s inviting you at all. And in the end where you’re supposed to go, when you’re invited to ten different things. About how everybody at home is doing. About how stupid this whole time-zone thing is. Not only because of home, but also because the TV ads for shows keep confusing you.
Thinking about what’s right and what’s wrong. About how stupid or rude you just were to someone without meaning to be. About the point of all this. About the sense of life. About who you want to be, what you want to do. And about when that English essay is due, even though you’re marks don’t count. About whether you should go home after school, or hang out at someone’s place until midnight. Someone you didn’t even know a few months ago. And about what the hell that guy just said.

Exchange is music. New music, weird music, cool music, music you will remember all your life as the soundtrack of your exchange. Music that will make you cry because all those lyrics express exactly how you feel, so far away. Music that will make you feel like you could take on the whole world. And it is music you make. With the most amazing musicians you’ve ever met. And it is site reading a thousand pages just to be part of the school band or the vocal class.

Exchange is great. It’s feeling the connection between you and your host parents grow. It’s hearing your host sister asking where her sister is. It’s knowing in which cupboard the peanut butter is. It’s meeting people from all over the world. It’s having a place to stay in almost every country of the world. It’s getting 4 new families. One of them being a huge group of the most awesome teenagers in the world.
It’s cooking food from your home country and not messing up. It’s seeing beautiful landscapes that you never knew existed.

Exchange is exchange students. The most amazing people in the whole wide world. Those people from everywhere who know exactly how you feel and those people who become your absolute best friends even though you only see most of them 3 or 4 times during your year. The people, who take almost an hour to say their final goodbyes to each other. Those people with the jackets full of pins. All over the world.

Exchange is falling in love. With this amazing, wild, beautiful country. And with your home country.

Exchange is frustrating. Things you can’t do, things you don’t understand. Things you say, that mean the exact opposite of what you meant to say. Or even worse…

Exchange is not a year in your life. It’s a life in one year.

Exchange is nothing like you expected it to be, and everything you wanted it to be.

Exchange is something you will never forget, something that will always be a part of you. It is something no one back at home will ever truly understand.

Exchange is growing up, realizing that everybody is the same, no matter where they’re from. That there is great people and douche bags everywhere. And that it only depends on you how good or bad your day is going to be. Or the whole exchange.
And it is realizing that you can be on your own, that you are an independent person. Finally. And it’s trying to explain that to your parents.

Exchange is dancing in the rain for no reason, crying without a reason, laughing at the same time. It’s a turmoil of every emotion possible.

Exchange is everything. And exchange is something you can’t understand unless you’ve been through it. 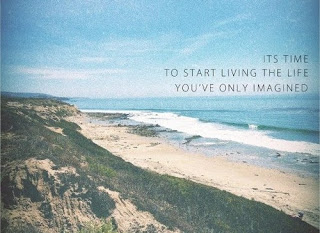 "Travelling is much more than just meeting new people, new places, eating exotic things, learning new languages and well, feeling good about yourself. Travelling gives, but it also takes. Travelling is knowing that after every adventure you are not going to be the same. It means you are going to have to adapt, it means you are going to have to sacrifice a lot. And after every goodbye you realize you left a part of you in that given place. Tears, handshakes, hugs "good lucks" are all part of the experience. Are you willing to leave everything behind?? are you willing to start over and over again. I know I am beause in the end, no feeling can compare to knowing that the world is yours... knowing that boundaries don't exist, knowing that the world itself is just waiting for you to see it all.
We travel, initially, to lose ourselves; and we travel, next to find ourselves. We travel to open our hearts and eyes and learn more about the world than our newspapers will accommodate. We travel to bring what little we can, in our ignorance and knowledge, to those parts of the globe whose riches are differently dispersed. And we travel, in essence, to become young fools again- to slow time down and get taken in, and fall in love once more.” 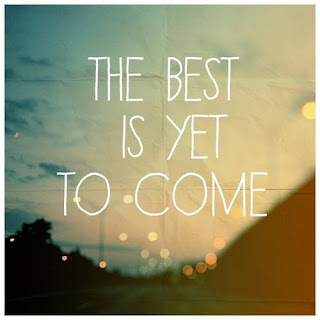 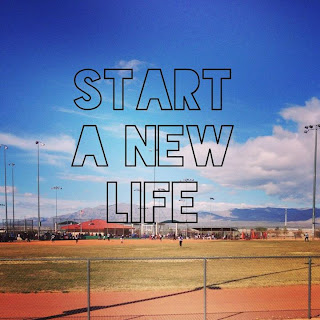 "A year has passed and now we stand on the brink, of returning to a world where we are surrounded by the paradox of everything and yet nothing being the same. In a couple of weeks we will reluctantly give our hugs and, fighting the tears,we will say goodbye to people who were once just names on a sheet of paper to return to people that we hugged and fought tears to say goodbye to before we ever left.We will leave our best friends to return to our best friends.
We will go back to the places we came from, and go back to the same things we did last summer and every summer before. We will come into town on that same familiar road, and even though it has been months, it will seem like only yesterday. As you walk into your old bedroom, every emotion will pass through you as you reflect on the way your life has changed and the person you have become. You suddenly realize that the things that were most important to you a year ago don't seem to matter so much anymore, and the things you hold highest now, no one at home will completely understand.
Who will you call first? What will you do your first weekend home with your friends? Where are you going to work? Who will be at the party Saturday night? What has everyone been up to in the past few months? Who from school will you keep in touch with? How long before you actually start missing people barging in without calling or knocking? Then you start to realize how much things have changed, and you realize the hardest part of being an exchange student is balancing the two completely different worlds you now live in, trying desperately to hold on to everything all the while trying to figure out what you have to leave behind.
We now know the meaning of true friendship. We know who we have kept in touch with over the past year and who we hold dearest to our hearts. We've left our worlds to deal with the real world. We've had our hearts broken, we've fallen in love, we've helped our best friends overcome eating disorders, depression, stress, and death. We've lit candles at the grotto and we've stayed up all night on the phone just to talk to a friend in need. There have been times when we've felt so helpless being hours away from home when we know our families or friends needed us the most, and there are times when we know we have made a difference.
Just weeks from now we will leave. Just weeks from now we take down our pictures, and pack up our clothes. No more going next door to do nothing for hours on end. We will leave our friends whose random e-mails and phone calls will bring us to laughter and tears this summer, and hopefully years to come. We will take our memories and dreams and put them away for now, saving them for our return to this world.
Just weeks from now we will arrive. Just weeks from now we will unpack our bags and have dinner with our families. We will drive over to our best friend's house and do nothing for hours on end. We will return to the same friends whose random emails and phone calls have brought us to laughter and tears over the year. We will unpack old dreams and memories that have been put away for the past year. In just weeks we will dig deep inside to find the strength and conviction to adjust to change and still keep each other close. And somehow, in some way, we will find our place between these two worlds.
In just weeks."